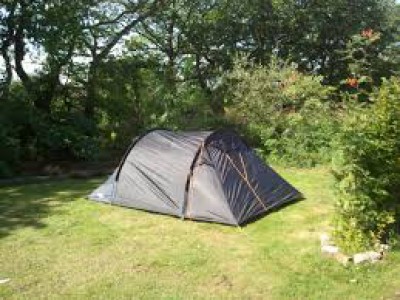 We specialise in the identifcation and certified decontamination  of toxic mould which may cause  building related illness.

We don't remove mould from surfaces but do investigate the presence of toxic mould, its cause and can remove the greatest hazard which  according to WHO is the inhalation of released spores and their fragments. We also provide state of art sampling and third party clearance certification

Many people, in fact the majority, think “Toxic mould” is a fallacy. The following link shows a paper from World Health Organisation (WHO) on the hazards of dead mould, its fragments and the extremely toxic nature of mould, mycelia and their fragments. (WHO bulletin 77)

Whether you have historic or current water damage the biological amplification will remain for years unless professionally removed. No medical treatment is likley to work if you are constantly exposed to triggers.

Typically people at the top end of toxic mould exposure sensitivity  sometimes live in tents in an attempt to remove themselves from home exposure and chronic fatigue, some  divorce and many don't understand the issues. and suffer for years with ME, Chronic fatigue and other possibly related illness. Few understand the devastating consequences unless they are personally affected.
If you are suffering building related illness or have concerns for building occupants I hope you will find some answers to the questions you have on this web site.

If your just looking for mould removal for aesthetic reasons, sorry, your on the wrong site.

The following  are key points in assessing mould related illness or risk:
1.    All mould is allergenic but some can produce toxins
2.    Even those that can produce toxins, rarely do unless under stress or attack
3.    Some people are genetically prone or may have a poor immune system, or sensitised.
4.   The WHO state mould is the great masquerade of the 21st century with many diseases and symptoms being misdiagnosed by the medical profession
5.    The term toxic mould is derived from Cytotoxic and Neurotoxic and was coined by the Institute of Medicine and can affect the endocrine and central nervous system together with various organs (see health impact)
6.    We’re not doctors, have no medical training but have worked with thousands of people over a twenty year period and have developed many unique options which may help you.
7.   There is a small chance that you may have to move and replace all home contents but this is extremely rare but recognised as a possibility by the  Institute of Medicine and insurers.

8.   One cubic inch of mould contains one billion spores but you could be affected by 100  and they may be invisible in the air.

9.   Toxic mould is more harmful when dead and in in fragments because these tiny contaminated particles mpass through all normal human defences to enetr the blood through the lungs.

11.   When you are affected by Toxic mould you must remove the highest  hazard and risk, which is invisible airborne contamination which you inhale with every breath.

12.   Before you contemplate mould removal , you must identify the cause and rectify, otherwise it will return. The process is  find the moisture source, prevent , dry and then decontaminate surfaces and air

Yes we have all been there, spent money and time on worthless solutions.

Lets make this very clear. Mould is everywhere and most people can live with it in normal conditions. Unfortunately the following  issues have changed the risk and hazard of mould.

With over 30 years expereince in contaminated and damaged building restoration  and over 10 years as a qualified Indoor Environmental Hygienist certified by Chartered Institute of Environmental Health you will struggle to find a comparative consultant.

Help my House is Falliing Down

Mould is a specific life form and digests dead organic material such as paper and wood products.
Mould can be harmless at normally expected levels but sometimes when conditions are right it grows and can become allergenic and sometimes toxic.

The toxins produced by mould are their natural defence against other mould and bacterial colonies and they are used to defend their areas of growth.

Not all people are affected in the same way and generally the atopic population, estimated at between 5 and 40% of the population can experience serious health effects ranging from respiratory problems to skin and physical or neurological symptoms.

Typical symptoms  range  from asthma, a recognised consequence of mould exposure, to respiratory and skin problems and even Chronic Fatigue Syndrome. See list of health effects below.

The very young, old and generally those with reduced immune systems are most vulnerable although exposure levels may dictate health effect’s over time.

Mould growth in buildings is always the result of water or moisture and this issue should be resolved as a priority. Moisture can be from leaks, poor insulation, rising or penetrating damp  and condensation or simply poor or inadequate  ventilation

Some mould species can produce  toxins when challenged by other moulds, bacteria or by the application of biocides such as bleach. Approximately 30 mould species  out of 100,000 plus are known to be capable of producing toxins and they all grow in damp  buildings.

You cannot identify toxic mould by colour and even toxic moulds do not always produce toxins.
We provide inspection, investigation and where necessary mould sampling to provide you with the evidence and information you require.  Mould sampling is uncessary if you can see it because all mould is a health hazard and must be removed. Our mould sampling is usually undertaken if you cannot see mould but can see water damage and or detect odours or have building related illness.

How to identify mould risks?
If you think you have a mould problem this will usually be based on one or all of the following:

Even with visible mould the true extent may be hidden and you should read our page on mould detection and remember that dead or non-viable mould can be 40 times more hazardous   as live mould growth.

What to do with mould.
If you have mould you should follow these guidelines:
•   Identify the source of moisture
•   Control and remove moisture
•   Remove the mould
•   Decontaminate surfaces and the air

What is building related illness

Builiding Related illness is similar to Sick Building Syndrome. In both cases the occupants of a sick building develop health symptoms which may reduce or even disappear when they leave the building for a few days or weeks.  Typically at work exposure symptoms become worse towards the end of the week or going on holiday and staying in a unaffected property for a few days may helath improvement.

Remember if you dont sort out the mould and contamination issues no medical treatment is likley to work because you are constantly re exposing yourself to the trigger.

Can we help you?
We can assist you in providing assessments of moisture and causation of mould growth. We can identify the potential of and risks of mould and why its caused, how to remediate and solve future or re occuring problems.